Geckomatics, a mapping company, turned to CloudFactory to provide new annotations and quality control for their model. Our team annotated images for objects like trees, potholes, and road signs, and checked image outputs from the model for accuracy.

Map the street potholes without counting every single one? Count the trees without tagging a million images?

It’s the idea behind Geckomatics, a company offering an AI tool to help cities understand their infrastructures more quickly and affordably.

Geckomatics’ proprietary mapping camera and AI model helps cities create regularly refreshed digital inventories of everything from potholes to traffic signs and trees to bridges. These inventories are incredibly important when cities must do things like insure each and every tree within city limits; any inaccuracy in the count can cost money.

“Everybody is familiar with Google Street View. What we do is very akin to that, except we add artificial intelligence throughout the whole process,’’ explains co-founder and CEO Bert Cattoor. With the addition of AI to traditional mobile mapping, the number of images that need to be directly annotated is greatly reduced. The Geckomatics’ staff trains an algorithm to automatically spot key items like potholes, trees, and traffic signs in the vast quantity of captured video.

Cattoor’s idea for the company came from work as an IT consultant for a local government. “The Geographic Information Systems group was next door and they had a big frustration. They never had enough geographic information to work with.” It was a constant battle against outdated, missing data and the cost and time associated with updating it.

Geckomatics sought to create a solution that would eliminate these two barrier issues: cost and time. In contrast to traditional players in the mapping space that have dedicated vehicles for mapping, Geckomatics’ hardware is a small mountable camera that customers can attach to any car and take video themselves, which flows directly back to Geckomatics’ tool. This greatly reduces the logistical burden associated with mapping in various locations.

“One of the most important differences our customers see is the speed at which you can get results. In traditional mobile mapping, these are multi month projects. Whereas we are able to deliver results in a matter of days, which is spectacularly better. In addition, our approach to the hardware costs 50 times less than competing hardware. So, in a way, we are raising the bar in terms of what can be done with mobile mapping,” says Joren Van Severen, co-founder and CTO.

As more business processes are digitized, there is a growing need around the world for high quality geo data. Companies from Chile to Israel to Australia are looking at Geckomatics’ scalable, efficient solution as an answer. Along with government customers, the company has transportation customers that want their own digital asset library of structures like bridges that could be too short to accommodate their trucks. The technology also has uses for green initiatives—like calculating tree canopy for estimating carbon dioxide capture.

As the company scaled, it ran across a problem. In order to customize its AI model for each customer, it needed manually labeled images to train the algorithm. “We did the labeling in-house for a long time but it's too much for us to be doing ourselves,’’ says Van Severen. But, when he went to find partners to help, every company he asked wanted to do the work in their own tool.

That doesn’t work for Geckomatics because its annotation tool is part of what makes their solutions so quick and cost-effective for their customers. “It would be too costly if you annotated each image with another tool,’’ says Van Severen.

In addition, its customers ask for specific levels of quality on their projects, so Van Severen and Cattoor needed a partner that could provide quality assurance services as well.

Without CloudFactory, we never would have been able to deliver work for large cities. We tried with a different partnership before and it failed. Now that we have this support, we feel confident that we can deliver on all the new projects we’ll have in the future.

Geckomatics chose CloudFactory as its partner for annotation and quality control work.

Customers use Geckomatics’ proprietary video technology to survey their streets, routes, highways, and other geographic locations. A portion of the images are sent to CloudFactory where team members annotate the images using Geckomatics’ tool. CloudFactory also checks images that were labeled using the AI solution.

“We get feedback from CloudFactory, which is really helpful and it improves our work. It’s just a much more healthy way of working together than with a company that chooses its own labeling tools,’’ Van Severen says.

Flexibility is also important. The work isn’t steady. It’s based on when Geckomatics wins a contract, who with, and when that customer provides image data. “If we need more capacity, CloudFactory delivers.’’

Geckomatics is delivering in days to customers what traditional image labelling and digital asset projects took months to deliver before. And the cofounders say CloudFactory is a big reason why.

“We were a little hesitant in the beginning, so we did one project. But then we quickly switched to signing on for a long-term collaboration,’’ Van Severen says. “The communication with the CloudFactory team is very transparent. New staff are guided well and it’s just a really good partnership.”

Geckomatics has also been able to grow in scale through the partnership with CloudFactory. One year ago, it was mapping less than 1,000 km in just two countries and today it supports clients in five countries with mapping projects totaling more than 20,000 km.

Adds Cattoor, “Without CloudFactory, we never would have been able to deliver work for large cities. We tried with a different partnership before and it failed. Now that we have this support, we feel confident that we can deliver on all the new projects we’ll have in the future.” 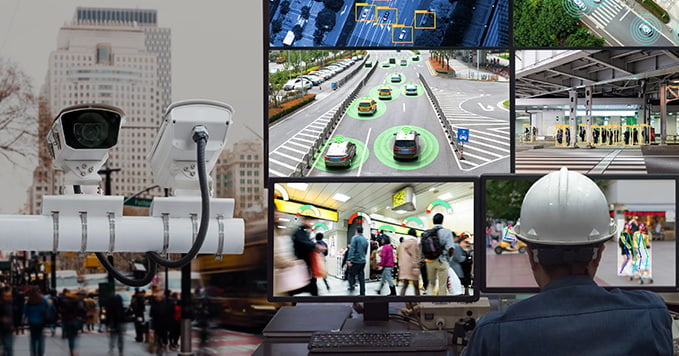 Sensor-as-a-service start-up finally finds an annotation solution that can help them expand. 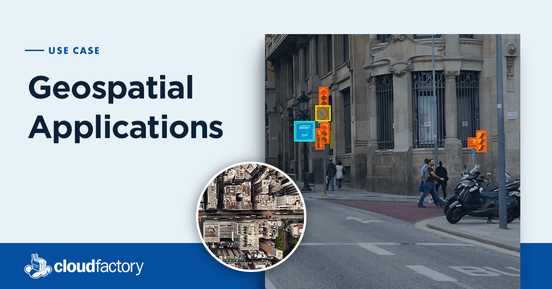 Azavea interviewed a handful of leading data labeling firms, and studiously compared their pricing, approach, and cultural values. Learn why CloudFactory stood out.